7 Food Ingredients To Keep Out of Depression

Depression is a common illness worldwide, and it is estimated that more than 27 crore people across the globe suffer from depression. Depression is the second leading cause of death in the 15 to 28 year age group.

Depression affects so many people and it can be life-changing. Clinical treatment and and counselling can often help relieve symptoms. But the lifestyle remedies such as a healthful diet can also boost a person’s well-being.
Diet is such an important component of mental health as well as physical health. 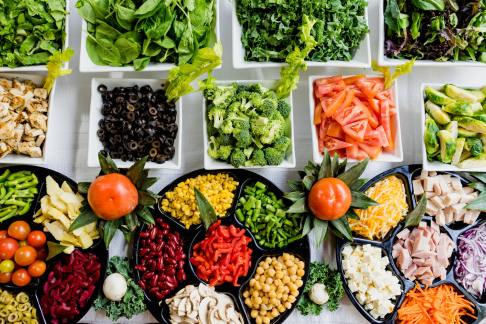 Depression has inspired an entire field of medicine called Nutritional Psychiatry. Nutritional psychiatry is a field of medicine has studied that what we eat matters for every aspect of our health, Especially our mental health.
It also explores the effect of nutritional changes on mental health inflammation in the brain is thought to be a major cause of mental health illnesses. This inflammation can also come from a long period of poor eating.
Healthy eating can protect against this inflammation and can even improve our cognitive function, which is describes our ability to attain new information reason with people remember things and pay attention.
One analysis found that a dietary pattern which contains high intake of fruits, vegetables, whole grains, fish, olive oil, low-fat dairy, antioxidants and low intake of animal foods was apparently associated with a decreased risk of depression.
A dietary pattern characterized by high consumption of red processed meat, refined grains, sweets, high fat products, butter and low intake of fruits and vegetables was associated with an increased risk of depression.

READ MORE:  Vitamin C Gummies and Zinc Gummies, Are They Good for You?

Here we will see that, Seven such types of foods that are very good for people with depression and other mood related disorders.

Our bodies normally make molecules called free radicals during the inflammation and these can lead to cell damage, aging and other problems. Studies show that our brain is particularly at risk although there’s no way to stop free radicals completely, But we can lessen their destructive effect by eating foods rich in antioxidants.

Carbohydrates are linked to the mood elevating brain chemical serotonin. Carbohydrate cravings may be related to low serotonin activity. Also according to a study by columbia medical center in 2015 a diet high in refined carbohydrates may lead to an increased risk for new onset depression in post-menopausal.
So choose your carbs wisely limit sugary foods and opt for smart or complex carbohydrates, such as whole grains and legumes rather than simple carbs such as white bread rice cakes and cookies. fruits and vegetables like bananas, sweet potatoes, peas, broccoli and oats also have healthy carbohydrates and fiber.

Amino acids are the building blocks of proteins,which are plays an important role in the production of neurotransmitters. Neurotransmitters are the chemicals which allow brain cells to communicate with each other and the rest of the body.
The two neurotransmitters that are affected by your protein intake are dopamine and serotonin. which are the most important neurotransmitters that regulate our mood and behavior. For example when you eat a piece of chicken your body breaks down the protein and synthesizes the amino acid l-tyrosine to produce dopamine.
The amino acid tryptophan which is also produced and proteins are digested can help your brain to produce serotonin. Moderate levels of serotonin are associated with improvement of mood and brain cognition. while lower levels are associated with depression.
Try to eat something protein rich several times a day especially, when you need to clear your mind and boost your energy. Good sources of healthy proteins include beans, peas, lean beef, low fat cheese, fish, milk, poultry, soy products and yogurt.

Vitamin B12 and other vitamin B complexes play an important role in producing brain chemicals which affect mood and other brain functions. Low levels of vitamin B12 and other B vitamins such as vitamin B6 and folate can link to depression.
A spanish study found that rates of depression are higher in males, especially smokers. As smokers got less folate the same thing happened for women who didn’t exercise.
Low levels of vitamin B can result from consuming a poor diet or not being able to absorb the vitamins you consume. Older adults, vegans and people with digestive disorders may have trouble to getting enough vitamin B12. Sometimes a vitamin B12 deficiency can also occur for unknown reasons also.
Vitamin B containing foods include legumes, nuts, many fruits and dark green vegetables. vitamin B12 can be found in all lean and low fat animal products such as fish, low fat dairy and many other animal products.

Vitamin-D receptors are found throughout the body including our brain. A recent national study found that the likelihood of having depression is higher in people with low levels of vitamin D, research has also shown that vitamin D might play an important role to regulating mood and preventing depression.
The study shows that people with depression who received vitamin-D supplements, noticed an improvement in their symptoms.
Vitamin D is also known as the sunshine vitamin because our bodies produce it when exposed to sunlight. Vitamin D is also present in milk and other foods and is available in small amounts in fatty fish like tuna, salmon and mackerel, beef liver, cheese and egg yolks also have vitamin D. It can be hard to get the required amount from our diets which is why supplements are often prescribed by physicians.

Studies have reported a link between low selenium and poor moods. The recommended amount of selenium is 55 mg a day for adults. Evidence isn’t clear that taking selenium supplements can help and it is possible to get too much selenium. So it is probably best to focus on foods and avoid supplements.
Foods that contain selenium include beans and legumes, lean meat, lean pork and beef, chicken and turkey, low-fat dairy products nuts and seeds especially brazil nuts but no more than one or two a day because of their high selenium content.
Seafood like oysters, clams, sardines, crabs, salt water fish are also good sources of selenium. Whole grains such as whole grain pasta brown rice oatmeal also contain this trace element.

Mental health is a very important issue especially for our generation. Our mental health affects how we think, feel and act as we cope with life. It also helps to determine how can we handle stress relate to others and make choices for us.

What Are the Steps Involved in Construction Optioneering?

How a boiler rental can favor your business

How to Choose The Best Construction Contractor In South Africa

How to Spot a Pet Pup in Pain Before They Get Hurt or Hurt Themselves!

How to Find the Best Pet Sitting Service For Your Business

‍All About the BSE: The Bombay Stock Exchange Explained

Some Thoughts on Choosing the Best Cloud Server for You

What QR codes are Good for?

Composable Commerce is the new way to sell online.

Hyperconvergence Infrastructure: What is It & What are the Main Benefits?

Role And Importance Of Cleanroom Practices