What Is a Virtual Reality Headset and How Does It Work? 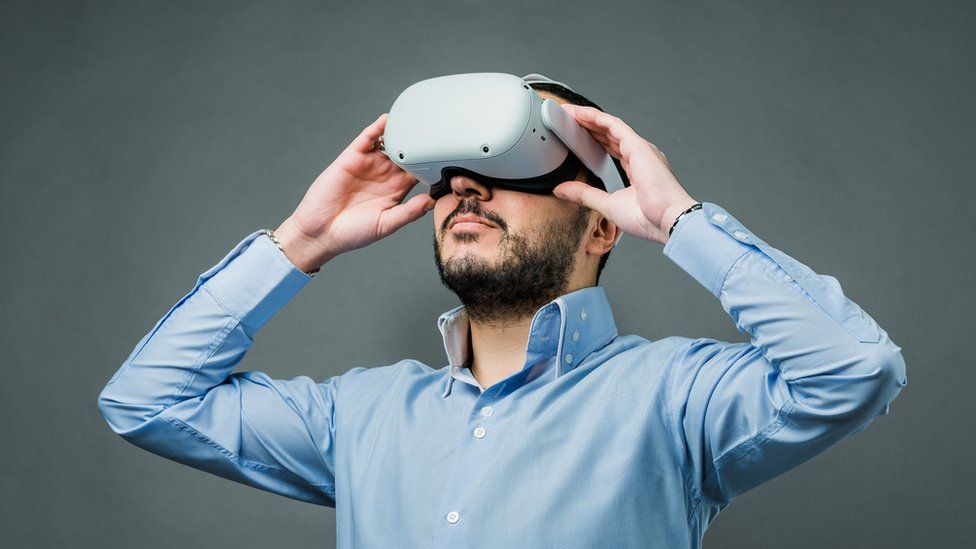 Virtual reality is now a widely used technology. It has created a name for itself in the world of consumer electronics. From the comfort of your own home, you may visit virtual realms, discover genuine sites in other planets, and play realistic virtual games.

Virtual Headset technology is at the heart of all of these incredible experiences.

Virtual headsets range in price from simple cardboard headgear with lenses to high-tech sensor-filled LCD screens. Oculus Rift, HTC Vive, and PlayStation VR are the most popular PC-based VR headsets. Both Google Cardboard and the Samsung Gear VR headset are available for smartphones. Both types of headsets, whether PC or smartphone, are used in the same way, but with slightly different sensors, input, and technology.

Virtual headsets come in a variety of styles. The Day Dream and Oculus Go are the two most popular standalone VR headsets. Standalone headsets can be used without the use of any other device for input, such as a computer or smartphone. Simply slip on the headset and you’re ready to go!

VR headsets require input in order for you to see and interact with the virtual world, as well as for them to function properly. Some VR headsets only have head tracking and controllers, while others also have voice tracking capabilities. Different headsets necessitate various control functions.

The Oculus Rift and PlayStation VR are used as head mounted displays, or HMDs, and do not have built-in hand tracking or audio recognition.

Virtual Reality headsets are designed to create a reality-based virtual environment that tricks our brain into blurring the lines between reality and the digital world and making us believe we are in an imaginative world. The VR Headset receives video from a computer via HDMI cable, a smartphone screen, or the headset’s internal screen and processor.

The exciting part is that, while the viewer sees one world, the screen inside the VR world is split in two, one for each eye, creating a three-dimensional perspective. In addition, you can also buy prescription lenses for oculus quest 2 to improve your gaming experience. These lenses are used to make the image on the screen appear more realistic to your eyes.

To put it another way, the VR lenses convert the image from a flat screen to a three-dimensional view. This is accomplished through the use of headset lenses and the angle at which the image is projected through these lenses. For each eye, the lenses twist two similar but separate images, displaying them at a level and shape that mimics the real world for your eyes.

READ MORE:  Why Does Your Business Need Cloud VPN?

Actual images are displayed at a distance and at a slightly different level for each eye, so you can see the image of VR moving forward and backward if you open and close one eye quickly. This is how virtual reality works.

Another cool feature of virtual reality is that it not only allows you to see the virtual world in 3D but also allows you to observe it from a 360-degree angle, so if you rotate your head, the objects will rotate with you and you will be able to see the virtual world’s surrounding environment. Obviously, the screen does not move when you do this, but the objects on the screen or image appear to be moving in accordance with your head thanks to the use of lenses and sensors. As a result, VR requires and employs impressive software design as well as incredible sensors to bring all of the images to life.

Virtual reality headsets that use a head tracking system to provide users with this function use a concept known as six degrees of freedom, or 6DOF. Head tracking is possible thanks to this concept. This concept uses the XYZ axis to measure how far your head moves backward, forward, and side to side, and then turns the image accordingly.

Accelerometers, gyroscopes, and magnetometers are the sensors used in the six degrees of freedom concept. Sony Play Station’s virtual reality headsets even use external LEDs that are tracked by an external camera to sense the position of your head perfectly and develop its position in VR accurately.

To fool our brains into believing we are actually inside the virtual world, virtual reality requires perfect lag and response rate, which means head tracking movements must be less than 50 milliseconds. The refresh rate of the screen should be between 60 and 120 frames per second. The VR systems strive to be as perfect and flawless as possible in order to provide customers with this incredible experience. If the head tracking movements and fps rate aren’t accurate enough, the brain will realise it’s being duped, and the entire experience will be ruined.

Binaural or 3-D audio is used in most audio inducing headsets to complete the sense of realism and provide an audio-visual environment of the virtual landscape. The sound is created by software in the position sensors, and the headphones are worn to hear and experience the sound in a realistic manner.

The premium virtual reality headsets can track your physical movements and provide motion-activated or static viewpoints, as well as manual controlling inputs such as gaming controllers.

READ MORE:  How to Deal With a Head-on Truck Collision

Some VR systems, such as Oculus Rift, sell premium headsets that give users a higher level of accuracy in the virtual world.

Despite the fact that different headsets use various sensors and arrays. In general, all VR headsets use an LED point tracking system that connects to and streams data to an external camera, which then processes the movements of the object’s points and incorporates them into the camera’s display movement.